George Brough’s factory stopped making its sensational motorcycles in 1940. But, somewhat unsurprisingly – given how highly-regarded the Brough Superior motorcycle name was in enthusiast circles – that wasn’t the end of the story.

Sixty-eight years later, in 2008, the rights to the Brough Superior name were purchased by Englishman Mark Upham. In 2013 Upham met motorcycle designer and constructor Thierry Henriette (a fellow Brough devotee) and the rest, as they say, is history … reimagined.

The duo relaunched the Brough Superior company and soon after its reformation, the pair announced plans to build the SS100 MK1: a high-performance, luxury motorcycle designed as a 90th anniversary tribute to the most famous Brough Superior model in the company’s illustrious history.

These new Brough Superior motorbikes – with their long, horizontal profile – replicate the formidable Art Deco-inspired style, elegance and glamour of the original bikes, combined with cutting edge, modern components. Each motorcycle was made to order with a choice of three finishes (traditional, full black and titanium – ours being the latter) and myriad other luxurious options.

Like their predecessors, the modern Brough Superior motorcycles are both innovative and expensive. Among the noteworthy details – of which there are many – is that a substantial portion of the parts were crafted by hand, and only one person, named on the chassis of each bike, assembles and welds the motorcycle. 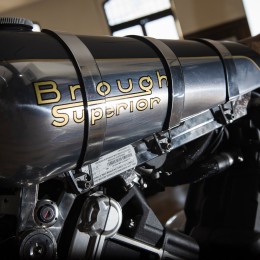 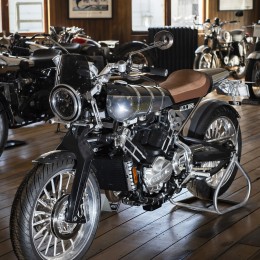 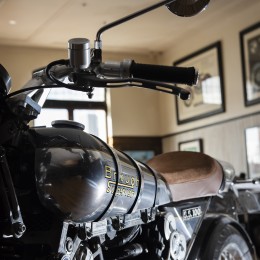 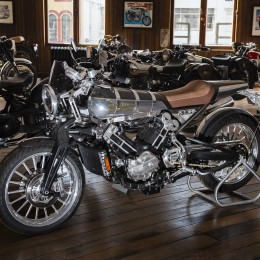 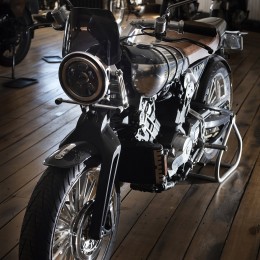 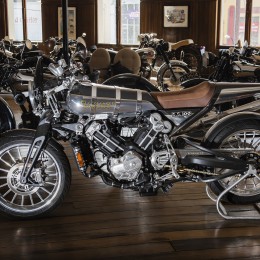 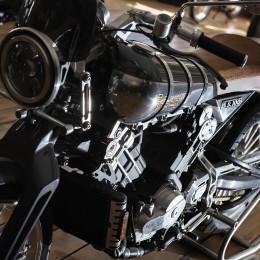