He’s world famous – and not just here in his hometown of Invercargill. Determination, grit, and a bit of good old-fashioned Kiwi ingenuity have all played a key part in building the legend that was Burt Munro.

And he’s a legend for a reason. Famous for setting an under-1000cc world record at the Bonneville Salt Flats back in August 1967, Burt Munro’s achievements were cemented on the big screen thanks to the Sir Anthony Hopkins-led movie, The World’s Fastest Indian.

Courtesy of the Southland Museum and Art Gallery and the Invercargill City Council, Classic Motorcycle Mecca is now not only home to a tribute area dedicated to Burt, but can also proudly display not one but two of the motorbikes used in the making of the film featuring the Academy Award-winning actor.

(Fun fact: Bill Richardson, the Invercargill businessman whose private collection of vintage vehicles was the platform from which Transport World grew, also had a cameo in the movie. Eagle-eyed viewers will spot Bill in his role as Burt’s neighbour.)

Southland Museum and Art Gallery technician Craig Walker says one of the motorbikes visitors will discover here at the museum is a replica of Burt’s famed motorbike, used in the filming of the movie, while the second was used by a stunt rider.

Also on display are some original prints and photographs of Burt Munro: these are a variety of shots taken during his racing trips to the United States, as well as a number of images from his early racing days here in Aotearoa New Zealand.

The items are on temporary loan - don't miss them! Click here to book your tickets today. 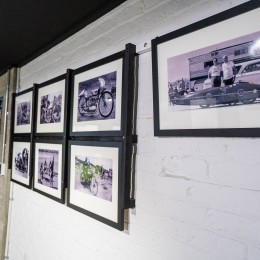 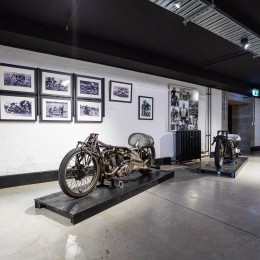 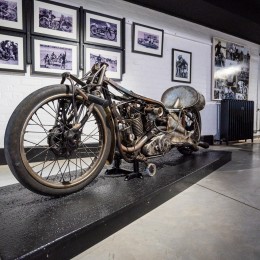 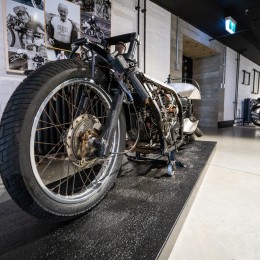 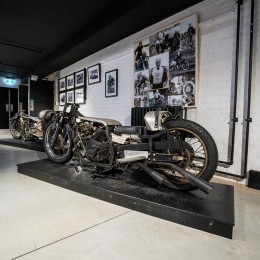 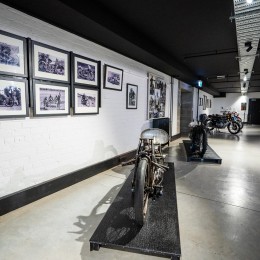