In 1933, Brough Superior introduced what was to become the very last production model of the storied British brand: the 11-50.

The Brough Superior 11-50 was designed primarily as a touring solo or sidecar mount and – with its grunty, high-torque engine – could propel a sidecar combination to an impressive 121kph (75mph). Used solo, it could achieve a top speed of 145kph (90mph). Production of the 11-50 lasted until the outbreak of WWII in 1939. By that time, 308 of the bikes had been produced.

First registered in London in June 1935, it was used in the United Kingdom until about 1960, when legendary Austrian racing motorcyclist, motoring journalist and founder of the Salzburgring Oldtimer Grand Prix, Dr Helmut Krackowizer took it to his home country.

This bike was also previously owned and restored by the Brandstetter Collection (now housed at the Hockenheim Museum in Germany). It was then owned by an aficionado by the name of Professor Ehn, who acquired the bike in April of 1969. 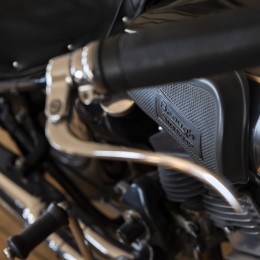 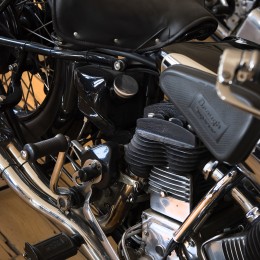 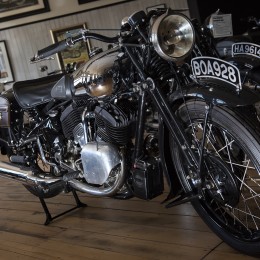 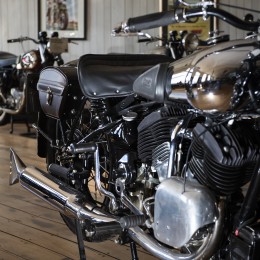 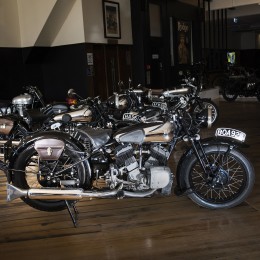 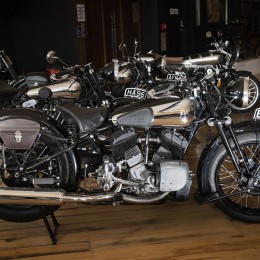 “My husband thought this place was amazing, the kids and I loved the cafe and the interactive motorbike exhibit.”