As a six-time World Individual Speedway Champion, and the only person to win three consecutive individual world titles - the Triple Crown - Kiwi Ivan Mauger is universally recognised as the greatest speedway rider the world has ever seen.

Ivan Mauger fell in love with speedway during his first visit to Christchurch's Aranui Speedway with his parents when he was aged just nine years old. Less than a decade later, at the tender age of 16, Aranui Speedway was the setting for Ivan Mauger's very first speedway race.

Overall, Ivan Mauger's passion for speedway saw him win more than 1000 international races and dominate the world of speedway for 20 years.

Awarded an MBE in 1976 and an OBE in 1989 for his contribution to motorsport, Ivan Mauger is also the only motorcycle sportsman to have been awarded the prestigious Halberg New Zealand Sportsman of the Year, winning in both 1977 and 1979.

Classic Motorcycle Mecca's tribute to Ivan Mauger in our 'hero' section includes a vast collection of memorabilia belonging to the man himself. Visitors to our collection will see items including the ADAC Longtrack 'golden helmet' trophy awarded to Ivan Mauger in 1977 at Berlin-Mariendorf, the Volkswagen Grande Prix finalist tankard, Ivan Mauger's 1977 Aalborg World Longtrack final No.14 racing vest, a selection of pennants hailing from various events, and more. 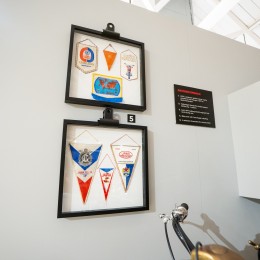 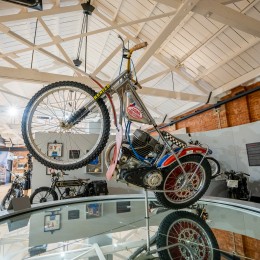 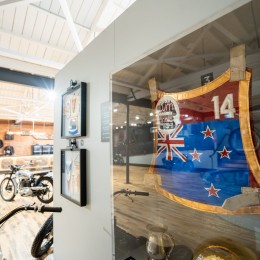