Motorcycles were in George Brough’s blood.

Born the second son of pioneering motorcycle entrepreneur William Brough in Nottingham, George’s father had been building motorcycles at his factory since the 1890s. It seemed a foregone conclusion that George and his brother would join the family business, with an eye to take it over eventually, but George’s vision for the type of bike he wanted to build did not fit with his father’s plans. George wanted to take his father’s business to the next level and produce high-performance motorcycles: William had other ideas.

George, in turn, set up his own factory nearby and began to produce a line of motorcycles and motor cars. George himself said he wanted to produce “a type of machine designed from the experienced solo rider’s point of view”, boasting the finest components and built to exceptional quality.

The name ‘Superior’ was reportedly suggested by an acquaintance of George’s, but by all accounts, his father took the name of his son’s fledgeling marque personally.

But the bikes rolling off the production line lived up to their title. George’s idea, to construct motorcycles featuring the latest and greatest in technology and engineering, complemented by distinctive styling details with flair, soon found the Brough Superior brand recognised as an industry leader. The brand’s reputation was helped along by George’s skill for marketing too: in 1922, aboard an example of the newly-developed Brough Superior SS80 dubbed Spit and Polish, George managed an unofficial 160kph (100mph) lap at Brooklands racing circuit in Weybridge. The bike was the first side-valve machine to lap the famous Surrey circuit at that speed. With that motorcycle, later known as ‘Old Bill’, George Brough took out more than 200 awards in trials and races, and won 51 out of 52 sprint events – losing only one, because of a puncture.

Launched in 1922, the SS80 was powered by a 982cc, J.A.P V-twin engine, although later ones came equipped with a 990cc, side-valve Matchless Model X V-twin built to Brough’s exact specifications. Its model code reflects its guaranteed top speed of 80mph (that’s 129kph to those of us here in New Zealand) in production form. About 1086 SS80s were produced between 1922 and 1939.

The SS80 found within Classic Motorcycle Mecca’s collection is a standard SS80, and since 1975 it was kept by private owners throughout the United Kingdom before being offered for sale as part of the Brian Verrall collection via an auction held in London in September 2008.

Accompanying documents indicate this motorcycle had been privately restored but it was later given a complete restoration and rebuild by noted Brough Superior specialist David Clark, of the United Kingdom. 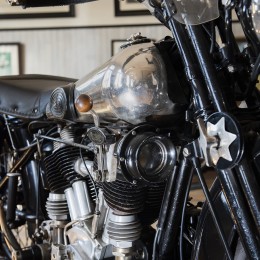 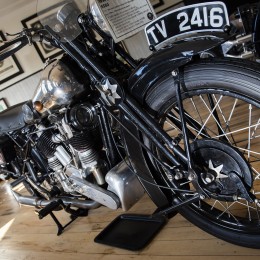 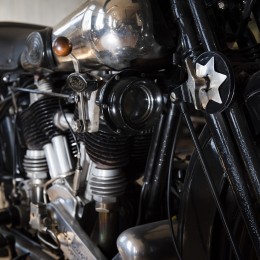 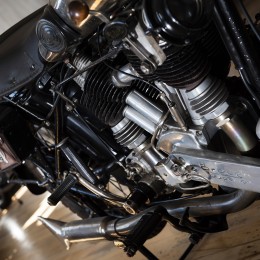 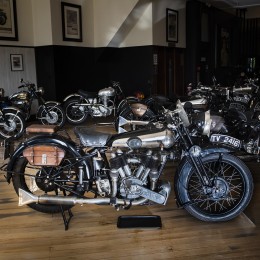 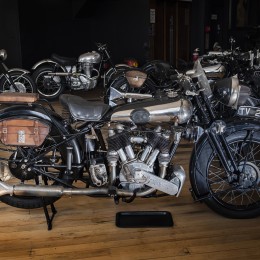 “One of Invercargill's Treasures. When visiting Invercargill you must take some time to see a magnificent display of some very old and some not so old motorcycles. The display and surrounding are one of the city's star attraction. ”