This is the glittering star amongst the Brough Superior display here at Classic Motorcycle Mecca – no mean feat, given we are home to the largest collection of the ‘Rolls Royce of motorcycles’ in the Southern Hemisphere.

Our 1937 Brough Superior SS100 can be found in the ‘hero bikes’ display here at Classic Motorcycle Mecca, a place it firmly belongs.

So, for the uninitiated, what makes this bike so special? Let us count the ways.

Having firmly established Brough Superior’s reputation as fast, reliable, and supremely stylish in 1922 with his highly-successful SS80 racer, George Brough launched the legendary SS100 in 1924, based on a machine that Bert le Vack had ridden to take the world speed record at 191kph (119mph). Each motorcycle was supplied to its new owner with a signed guarantee from Brough himself that it had been timed at over 161kph (100mph) over a quarter of a mile.

(That might sound a bit OTT – but when you consider a Brough Superior at that time cost the equivalent of a standard home in the United Kingdom, maybe not.)

The very first SS100s that rolled off the production line were powered by 980cc, side-valve, J.A.P. V-twin engines, but later models were kitted with a 995cc overhead-valve J.A.P. From 1935, the last 102 examples of the Brough Superior SS100s were equipped with 990cc engines from Matchless: the overhead-valve, V-twins were built to Brough’s exact specifications, with a ‘fork-and-blade’ big-end bearing, different camshaft profiles, and larger ports. The gearbox, a Sturmey-Archer four-speed with foot change, and the front forks, a copy of a Harley-Davidson leading-link manufactured by Brough under the ‘Castle’ brand.

This machine underwent a full restoration back in 1990 carried out by UK specialist, J W Tennant-Eyles, and was featured as the cover feature story of Cycle World magazine in April 1991 – soon after its arrival in the United States.

It remained in the care of a San Diego family, and was often displayed at the San Diego Automotive Museum before its sale, via auction, and move to New Zealand.

With slick extras like its optional chromed mudguards and fishtail exhausts, this SS100 is every inch a superb example of the marque seen as the crème de la crème of classic British motorcycles. 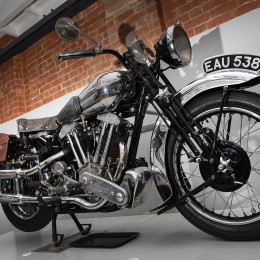 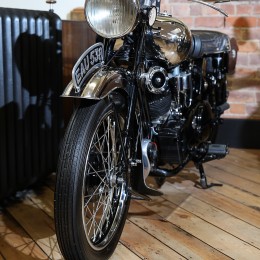 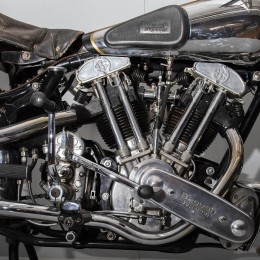 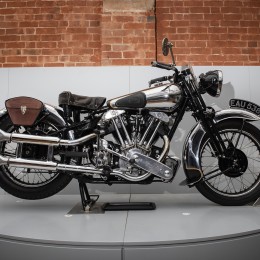 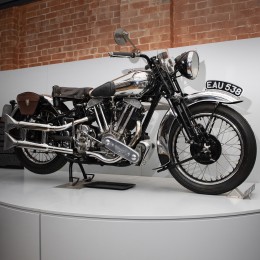 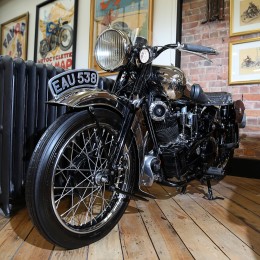 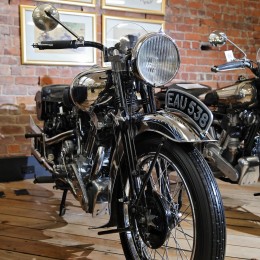 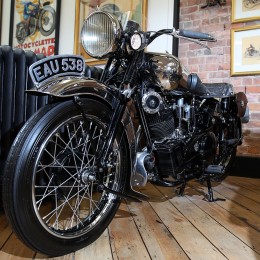 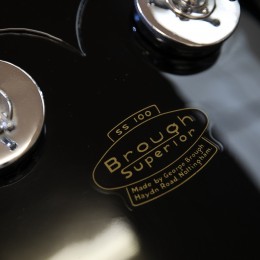 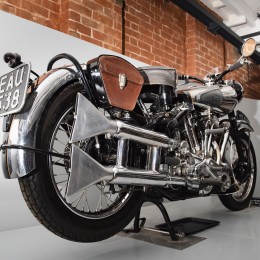 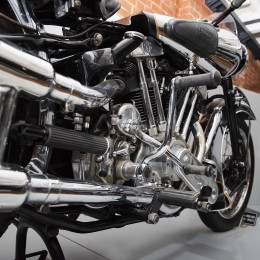 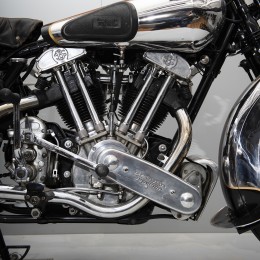