Meet one of the oldest bikes that call Classic Motorcycle Mecca home – our FN four cylinder, which hails from 1912.

Manufactured in Herstal, Belgium, La Fabrique Nationale (or more commonly known as FN) expanded into the production of motorcycles back at the turn of the 20th Century, in 1900. The company had started as an armament’s manufacturer in the late 1880s, but ended up producing one of the world’s very first four-cylinder motorcycles. It was produced in 1904, featured a 363cc engine, and was first exhibited at the 1905 Paris Cycle Show. The bike’s engine was almost continuously revised and redesigned, most notably going from featuring no cooling fins on the 1904 original model through to the fins being enlarged on the 1910 version, as the machine’s capacity grew from 410cc in 1906 through to 498cc by the close of the decade.

The 1912 version of FN’s four cylinder featured longer handle bars, an improved seat for a comfier ride, a tubular rear carrier and a new stand, as well as a Bosch ZFN4 upright magneto with an internal distributor. Customers also had the option to include a clutch as well as valances on the front mudguard. The bike’s top speed was 64kph (40mph).

This 1912 FN four cylinder motorcycle has been restored at some point in its long life, and was purchased via an auction of the E.J. Cole Collection in March 2015 in Las Vegas. 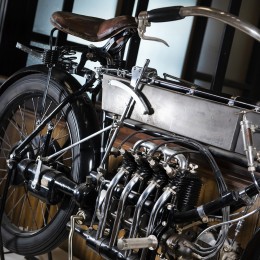 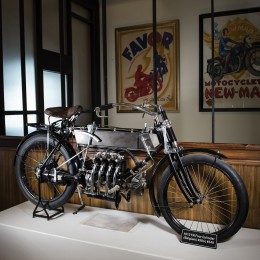 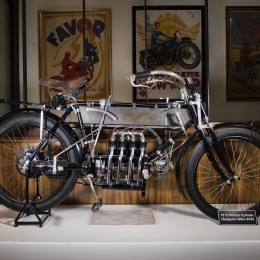 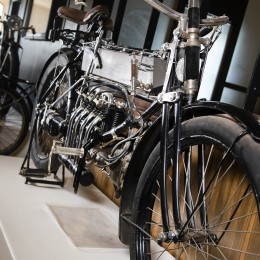 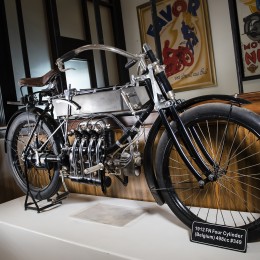