By the early 1960s, the last of the BSA models – and A10 model series – that had begun in 1950 were regarded as being out-of-date when compared to the Triumph offerings of the day. So, BSA did what any motorcycle manufacturer would do – and developed a variety of new models: in this case, new 500cc and 650cc models.

Numerous A64 models were released during this decade of production. At 38hp, the original A65 Star was less powerful than the last of the A10 sports models, but its lightly-tuned engine was easily modified for improved performance and a series of sports models in a similar vein followed suit: these included the Rocket A65R, Cyclone, Lightning and Spitfire as well as the Thunderbolt, Wasp and Hornet for the US market. Unlike other versions, namely the Lightning and Spitfire, the Thunderbolt was equipped with a singlet carburettor, rather than twins, and therefore fulfilled a more everyday touring-style market. The Thunderbolt could achieve a top speed of 164kph (102mph).

Our 1970 BSA Thunderbolt was first registered in Texas, however in its later years it was shipped back to the United Kingdom, where it underwent a complete restoration at the hands of Mr D. Jenner, of Sports Classic Spares. It arrived in New Zealand via a Las Vega auction. 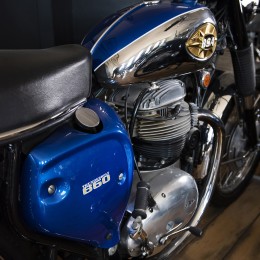 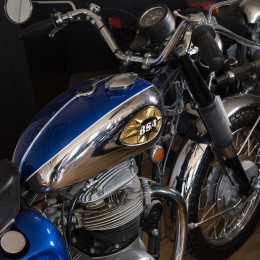 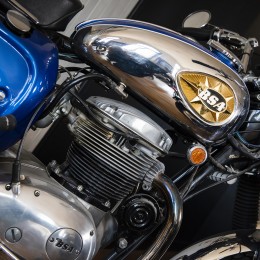