BSA’s Sloper models were launched in 1927: featuring a fashionable, forward-sloping modern saddle tank and low seat, the Sloper was stylish and sophisticated looking. It quickly became popular and was frequently updated and tweaked by BSA. By 1930, there were several Sloper variants on the market such as the standard S30-13 and the lightweight S30-12 (with the ‘S’ shorthand for the Sloper). However, production halted by 1935: by that time, more than 80,000 Slopers had been sold.

Although documented in Maureen Bull’s New Zealand Motorcycle History Book One 1899 to 1931, the early provenance of this 1931 BSA S31-9 base model is not known: although the story goes that it was noticed on a railway wagon of scrap iron by somebody passing through the Kiwi town of Masterton. It changed owners a handful of times – with its motor reportedly at one point used in a makeshift garden tractor – before being purchased by a man named Neil Skeet, who undertook an extensive renovation of the bike. 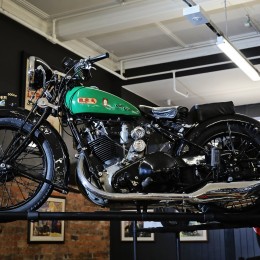 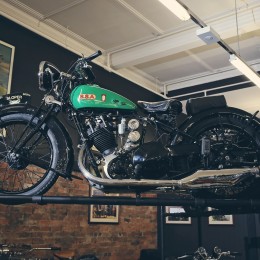 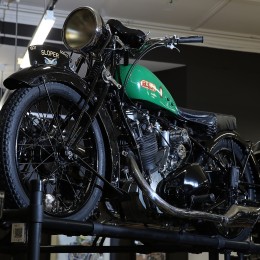