The BSA Y13 was derived from an overhead-valve, 499cc, V-twin originally developed for military use.

However, the British War Office rejected the motorcycle model in favour of side-valve singles and so, the V-twin appeared on the civilian market in 1934 as the J34-11. In 1935, it became the J34-12 and was subsequently joined by a 750cc model, the Y13. With its stylish, sporting lines and high-quality build, it was considered by some as a competitor to even the Brough Superior.

Production of the 499cc machine drew to a close at the end of 1936, but the Y13 was produced until 1938. About 1600 examples of the BSA Y13 model were manufactured in total, but it’s believed that about a dozen of BSA’s last V-twin models survive today.

Our BSA Y13 was once part of the Sinless Cycles collection hailing from Woodworth, Louisiana. 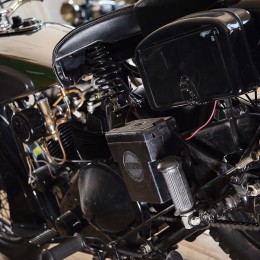 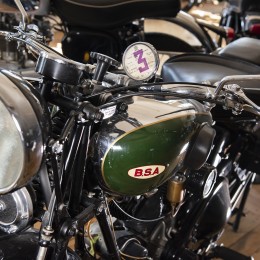 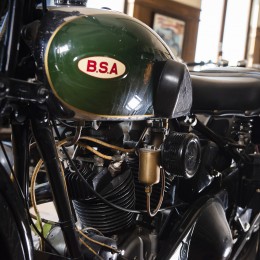 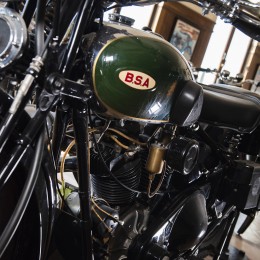 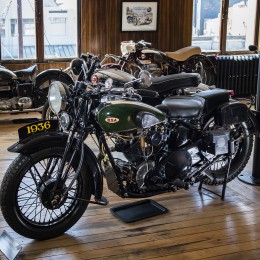 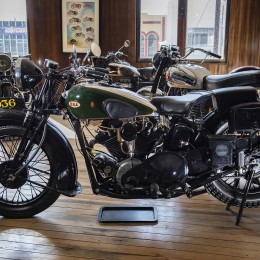 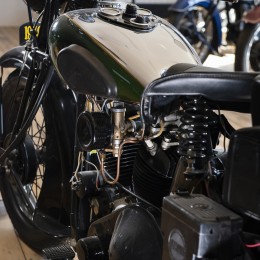 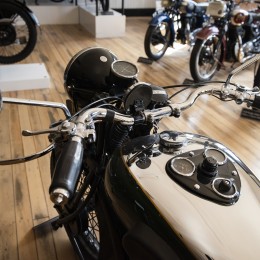