Initially developed and introduced as a machine for the United States police force, evidently Indian knew they were onto something special – so in 1928, a year after introducing this model as a police special, Indian released the Indian 101 Scout to the mass market.

Derived from one of Indian’s most popular bikes of all time (the 596cc, 42-degree side-valve V-twin Scout that had been introduced at the turn of the new decade in 1920), the Indian 101 Scout carried on the Massachusetts-based motorcycle manufacturer’s reputation for churning out bikes that were lightweight, easy to handle, and reliable.

For this gruntier version of an old favourite, the engine of the Indian 101 Scout was enlarged to 745cc (although riders could also opt for the 596cc version). It took its inspiration for its frame from the Indian Chief, with a longer wheelbase, lower seat, and a front brake. Although it was heftier than its predecessor, with a 13.6kg weight gain, it was widely considered to be even better to handle.

Essentially, the Indian 101 Scout meshed together the public’s favourite features of two extremely popular Indian models past and merged them into one motorcycle that ticked all the boxes.

Purchased from a private collector in Christchurch, our Indian Scout 45 is one that gets Indian fans – and those who wouldn’t have necessarily considered themselves as such – revved up. Come on in and check it out for yourself. 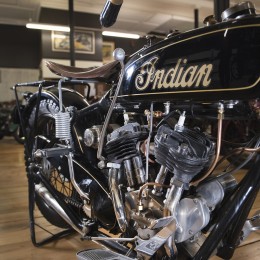 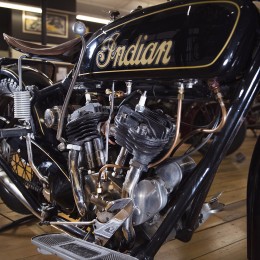 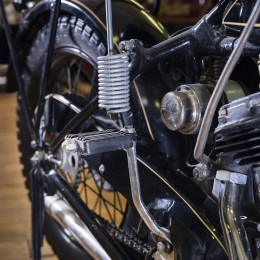 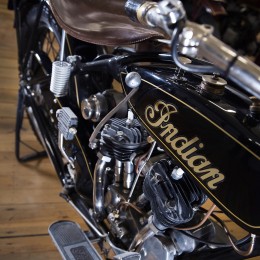 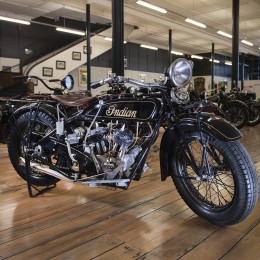 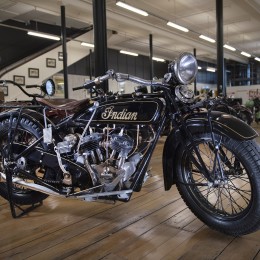 “We thought we had seen it all... The display is awesome and so well set out. 2 floors of some fantastic bikes from all eras. Well worth the time.”