With the influx of popular British bikes onto the American motorcycle market, management at Indian changed tack.

The company switched its focus from producing tried-and-true models like the Chief to launching all new single and vertical twin models, introduced to go up against the competition coming from the British newcomers. At one point, production of the Indian Chief models was even rumoured to have been halted, as Indian worked to focus on address problems with its new single and vertical twin models. Ultimately, Indian’s decision to produce something different proved unsuccessful – and the manufacturer went under soon after.

The major upgrade of note was the increase in the engine’s capacity, switching to a well-proven side-valve, 42-degree, V-twin that boasted 1308cc.

For the uninitiated amongst us, the Chief was offered in three models: the Clubman, with painted handlebars, wheel rims and crash bars that kept costs on this model accessible; the Sportsman, which featured chromed versions of the above as well as a ‘De Luxe’ saddle; and finally, the top-of-the-line Roadmaster, which featured all the bells and whistles: a sport windshield, twin chromed spotlights, saddlebags with chrome rivets, a chromed handlebar cross-tube and a new and innovative ‘Chum-Me’  dual seat with adjustable springing.

Papers for our 1950 Indian Chief Roadmaster show it was still in the United States – in Oklahoma City, to be precise – back in 2011 before it headed to New Zealand. 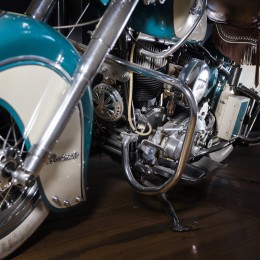 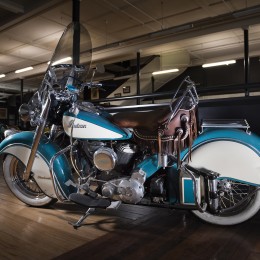 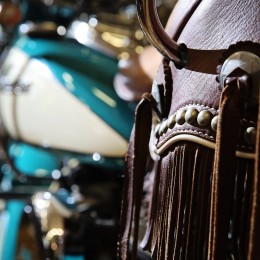 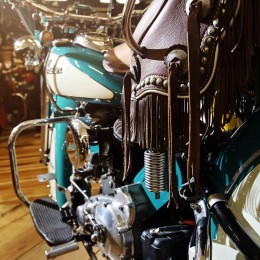 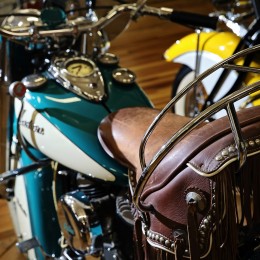 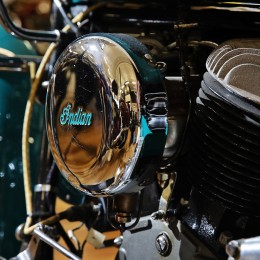 “I am not a motorcycle enthusiast however despite this I found it an amazing display of motorcycles and some of these are very rare. The cafe is worth allowing time for too, and you HAVE to visit the bathrooms.”