Ask most people why Detroit’s been dubbed ‘Motor City’ of the United States, and they’re likely to mention any one of the car manufacturing plants that have called the Michigan capital city home.

But ask anybody with a passing interest in classic American motorcycles, and they’ll be able to tell you that Detroit was as good at building things that went ‘go’ on two wheels, as it was for four. Why? Because of Henderson.

Brothers William G. and Thomas W. Henderson established the Henderson Motorcycle Company in 1911. After constructing their first prototype that year, production was launched and in January 1912 the Model A (934cc, inlet-over-exhaust, in-line, four-cylinder) hit the market.

Although it was expensive – US$325 at the time was not pocket change – it was considered a very desirable machine. The long wheelbase made it comfortable and stable at speed, and it was the largest and fastest motorcycle of its time. This made it especially popular with sports riders and police departments. Its reputation for quality and reliability was fuelled by one Carl Stearns Clancy, famed for riding 18,000 miles around the world on a 1912 Henderson, partly financing his journey by submitting articles and photographs of his adventures to motorcycling publications – the kind of publicity money simply can’t buy. It’s believed Clancy was the first person to ever motor around the world, and the complete tale of his feat was featured in the October 1913 issue of World Motorcycle Review.

Launched in 1913, the Model B boasted revised girder forks, a lower seat position, a flat-sided fuel tank in place of the previous cylindrical one, and an improved brake. Like the model that hit the market the previous year, the 1913 Model B was single-speed. A two-speed rear hub was introduced in 1914 and an optional shorter frame became available the following year, in 1915, to provide a wheelbase of 1.47m (58 inches), which significantly improved the bike’s handling. 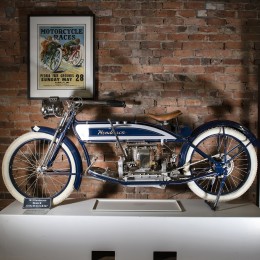 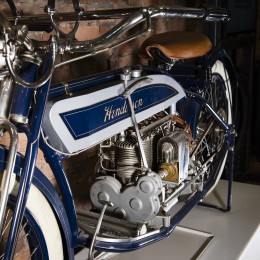 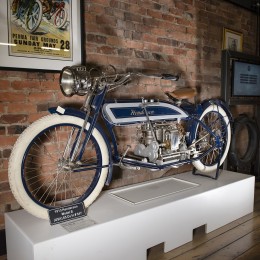 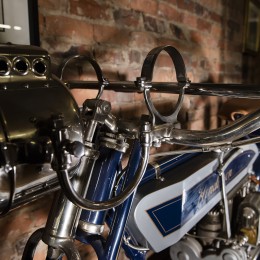 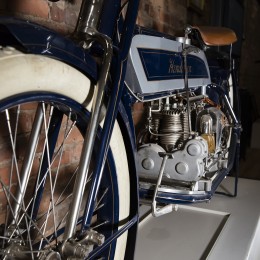 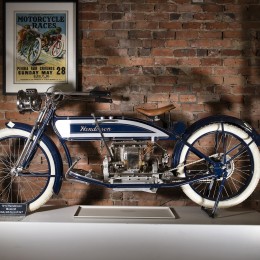 “This display of motorcycles really captured our imagination. The range of motorcycles from very early to modern made an interesting journey which showed the development and challenges of the modern motorcycle industry.”