The 1930 Henderson KJ Streamline had the enviable ability to not only reach a top speed of 161kph (100mph) – it was also so flexible, and so smooth, that it could accelerate from 16kph (10mph) in top gear using its three-speed gearbox.

The four-cylinder, in-line, 1301cc KJ engine featured a five-bearing crankshaft in place of the earlier three-bearing one, along with newly-designed cylinders featuring the inlet-over-exhaust configuration.

The KJ was, sadly, produced only from 1929 to 1931, when Ignaz Schwinn ordered the end of production of the Excelsior and Henderson motorcycles in response to the onset of the Great Depression. Rumour has it that one day Schwinn arrived at the factory and, in a management meeting, declared: ‘Gentlemen, today we stop’. From that moment on, the company ceased motorcycle production. 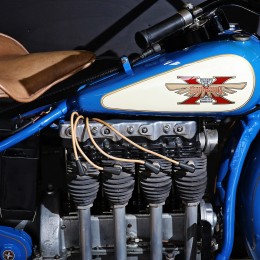 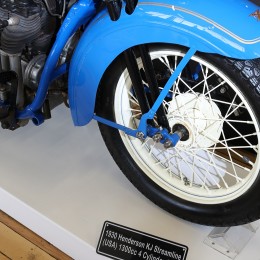 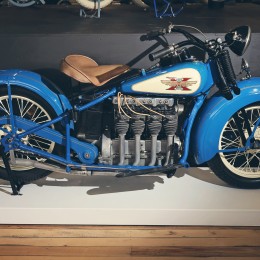 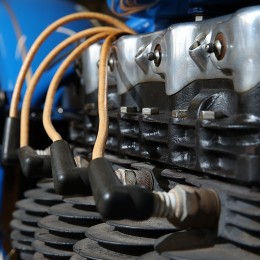 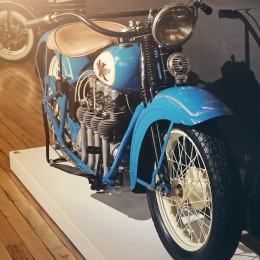 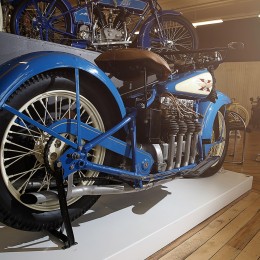 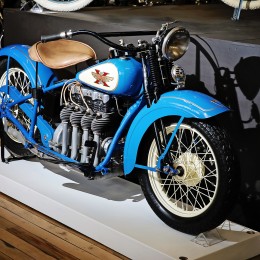 “You don't have to be a Motorbike fan to be Amazed by this. This is apparently one of the greatest Motorbike collections in the World... You feel as if you've been in Art Gallery of precious works... Some of them are truly exotic.”