Henderson motorcycles were widely considered to be among the biggest, best and fastest bikes on the market.

Since their introduction in 1912, the four-cylinder Henderson models had been particularly popular with both endurance riders of the day, and police departments across the United States.

The 1301cc Henderson Deluxe four-cylinder model was launched in 1922 and featured a range of modifications designed to improve upon the previous model. These included a redesigned crankshaft, cylinder heads, exhaust system and seat. The 1922 model was equipped with a larger, more efficient carburettor as well as an improved inlet manifold, and a better rear brake. Options for buyers looking for something a little extra included Lynite die-cast alloy pistons, and a revised reverse gear for sidecar work.

Sensing a keen market, the company also targeted police forces who might be willing buyers. Henderson organised demonstrations of the motorcycle’s prowess to both the Chicago and San Diego police departments. The bike achieved impressive speeds of 158kph (98mph) in Chicago and a whopping 161kph (100mph) in San Diego. Both departments – somewhat unsurprisingly – then placed large orders.

Not to be outdone, Henderson’s main rival – Harley-Davidson – promptly issued a challenge to race in Chicago. Harley-Davidson won the first heat … but lost the next 11. But the accolades for Henderson weren’t yet finished. In May 1922, Wells Bennet rode a Henderson Deluxe to set a new 24-hour solo endurance record at Tacoma Speedway in Washington, which stood for more than a decade until 1937. Astride his Henderson Deluxe he averaged 104.75kph (65.1mph), having stopped for fuel, oil checks, and a brief rest. 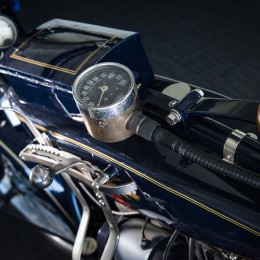 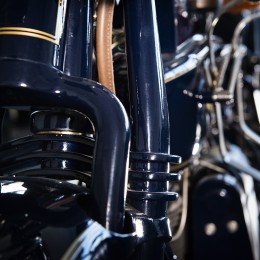 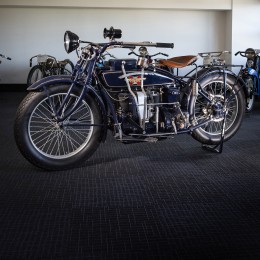 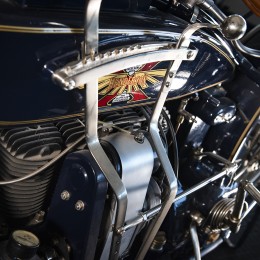 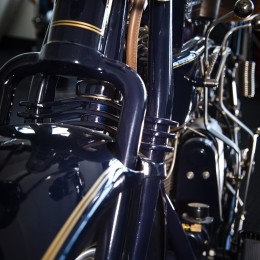 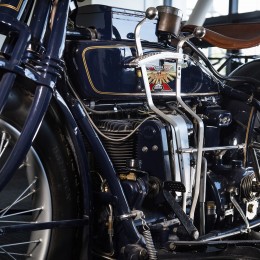 “On our travels around the South island many people would say to us why would you go to Invercargill? Our response was to see the motorcycle museum. Wow what a collection! Definitely a must do...”