One of the oldest classic Harley-Davidson motorcycles in our collection, this 1917 Model F is a picture in the olive-drab paint that became standardised on all the Milwaukee machines during, and after, the United States’ involvement in WWI.

At what point in this bike’s lifespan this paint job was included in its restoration, we don’t know, but the decision to opt for olive-drab is a nice nod to the history of Harley-Davidson.

This 1917 Harley-Davidson Model F is also equipped with the company’s adjustable, full-floating seat. Bikes hailing from 1917 are the first Harley-Davidson motorcycles featuring the seat, as it was introduced to production just that year. Our bike is complete with a hard-to-find tyre pump, clipped to the rear frame rail.

Back in 1917, speedometers were still optional: and the rider of this machine could only have guessed at the bike’s top speed. From all accounts, it can reach up to 105kph (65mph). In 1917, Harley-Davidson upgraded the well-regarded 988cc, inlet-over-exhaust pocket-valve, F-head, 45-degree, V-twin engine (introduced in 1915) to include a four-lobe camshaft as well as fully-enclosed intake valve springs. This model also features a rounded fuel tank, which replaced the squared-corner version from 1916 onwards.

From model year 1916 onwards, Harley-Davidson began using the year in the model number, while the alphabet character continued to distinguish the sub-models within the manufacturer’s range. 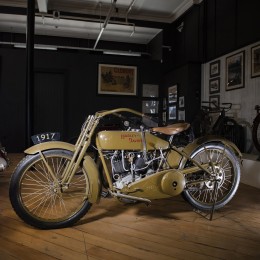 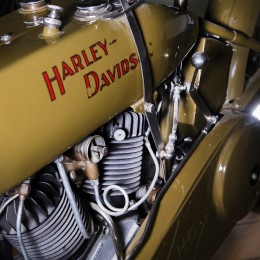 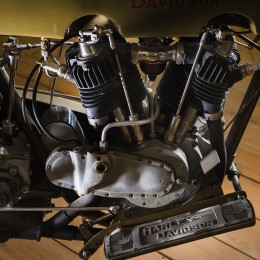 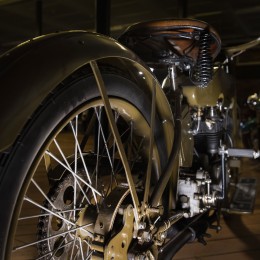 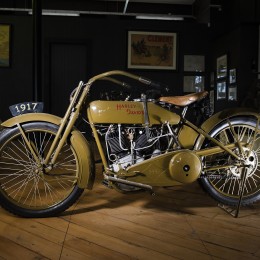 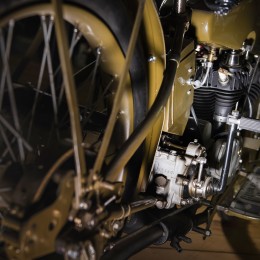 “Great collection. Don't rush through the exhibits, you will probably never see them again elsewhere. Truly classic. Must do in Invercargill.”