We like to think if this machine was good enough for a Harley-Davidson insider, that’s all the seal of approval we need.

Our Harley-Davidson WLD and sidecar hail from the year the W-series was first introduced by the Milwaukee motorcycle manufacturer, 1937. This first-year WLD was bought brand spanking new from Knuth Harley-Davidson in Milwaukee, and used by its owner to commute to the Harley-Davidson plant in Juneau Ave, where it was parked in the employees’ garage under the watchful eye of the guard on a near-daily basis for a whopping 32 years.

Since undergoing a full restoration that was completed in 1983, this bike and sidecar has had limited use. However, it has had the honour of being the only bike displayed stage-side at the Harley-Davidson centenary at the Juneau Ave plant back in 2003. It also received another facelift before being ridden around Milwaukee in honour of Harley-Davidson’s 105-year celebrations.

This machine’s Goulding light-frame sidecar dates from around 1925. It is painted to match the bike, which is in its original colours and also carries its original licence plate. The previous owner stated that the recorded mileage of 86,853 miles is correct, but the gearbox is a later one that did not share the common weakness found in many of the original models – the frame was subsequently modified in about 1940 to accommodate it.

Harley-Davidson’s W-series included the standard W, the high-compression WLD Sports Solo (featuring larger inlet ports, a different carburettor and larger cooling fins on the cylinders), and the WLD racing model. The 746cc side-valve, flathead engine boasted being one of the longest-tenured engines in the history of internal combustion: so a pretty solid choice, then. It was introduced in 1937 and, in the Servi-Car, remained in production right up until 1973, making it arguably the most reliable engine in Harley-Davidson’s line-up. The engine was initially used on lighter machines, intended for smaller and younger riders, but Harley-Davidson later offered it in different configurations (including the military WLA and WLC, of which an estimated 88,000 examples were eventually produced). 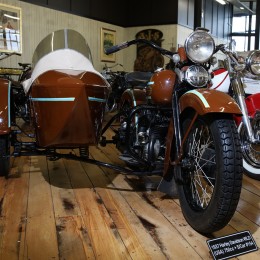 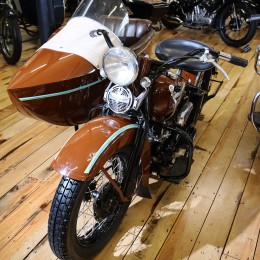 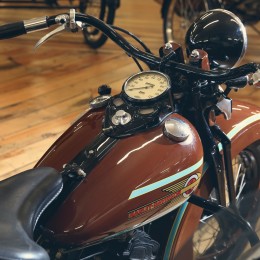 “We experienced a wet day in Invercargill and chanced on this fantastic collection. The bikes are meticulously maintained and the environment is first class. A visit to this excellent venue won’t disappoint...”