Meet the racing version of ‘The Bike That Changed Everything’ – the Honda CR750.

After plenty of success with its smaller motorcycles, Japanese powerhouse Honda introduced its CB750 model to the US and European markets in 1969. It was a landmark motorcycle almost immediately – the first bike to ever be dubbed a “superbike”, in the years that have followed its arrival it has deservedly earned a spot in the AMA Motorcycle Hall of Fame Classic Vikes, was named among the Discovery Channel’s “Great Motorbikes Ever” list, and was among the bikes on display both at the UK National Motor Museum and the Guggenheim’s famed The Art of the Motorcycle exhibition (attended by more than two million people worldwide). More than 400,000 of the machines were sold in the decades that followed.

So, how does the Honda CB750 tie in with the bike seen by punters who visit Invercargill motorcycle museum Classic Motorcycle Mecca?

This Southland-built and owned replica Honda CR750 (the bike that took out the 1970 Daytona 200) harks back to the Honda factory-produced racing version of the Honda CB750.

In early 1970, Honda’s national service manager in the United States Bob Hansen recognised the opportunities a major win on the track would bring the company. However, when he pitched the company’s board of directors with plans to race at Daytona, he was shot down.

Hansen didn’t give up: and his persistence paid off. Honda entered the Daytona 200. It produced four CR750 race kits – and with Dick Mann at the helm, the #2 bike won the race, breaking a 15-year run of dominance between rivals Harley-Davidson and Triumph.

(In fact, that race has been called the single-most crucial race ever won by a motorcycle manufacturer.)

This replica Honda CR750 race bike has been painstakingly put together: come in and see it for yourself. 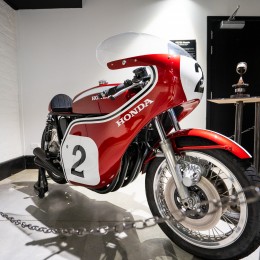 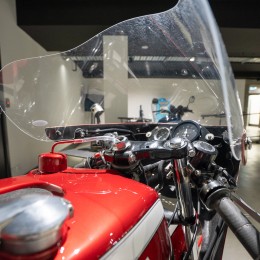 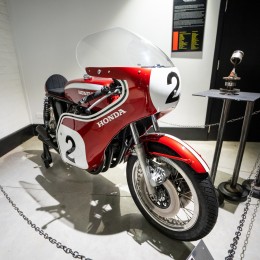 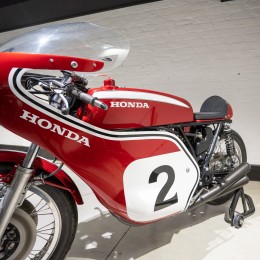 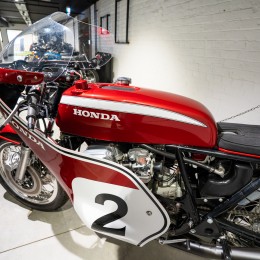 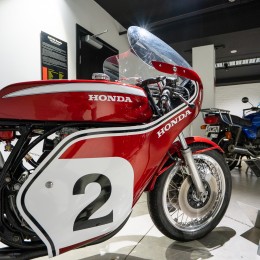