Hamilton-born Karel Pavich is one of just a handful of women worldwide who has shattered the glass ceiling and successfully competed in the male-dominated sport of motorcycle road racing, and we’re incredibly honoured to have her famed Yamaha bike on display here at Classic Motorcycle Mecca.

Born in 1961, Pavich fell in love with motorcycling when she was just a teenager. In 1988, she made the decision to begin road racing – so she set about establishing Cloud 9 Racing, and launching her career. Being one of just a few women competitors was challenging, but she was determined.

A jewellery designer when not racing her motorcycle, she was a bit of a novelty in the sport – not too many competitors could be seen towing a shocking pink-and-purple, ex-Andrew Stroud, Yamaha TZR 250 racing bike in a trailer designed to attach behind her Yamaha XJ900 road bike.

In just her second season, racing her Honda CBR 600, Pavich achieved a fifth overall position in the 1989/90 national championship. She then turned her sights on racing overseas, which she did for a number of years before “retiring”.

In 2001, after her seven-year stint away from the world of competitive road racing, Pavich returned. In 2006 she won the 250GP class, becoming the first woman to win a New Zealand National Championship Title – and she did it astride the bike you can see at Classic Motorcycle Mecca today. 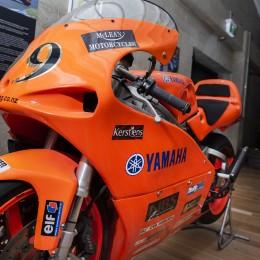 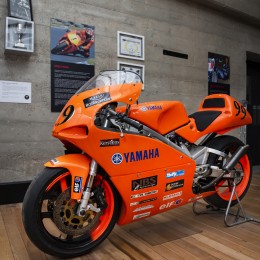 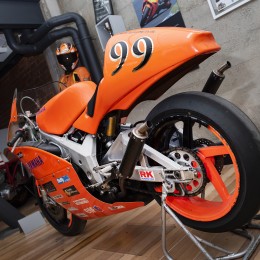 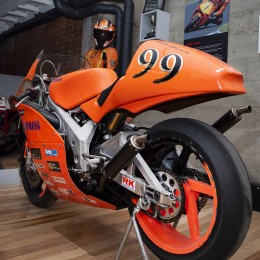 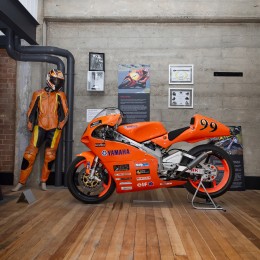