The 1950s were a difficult decade for motorcycles.

With increased prosperity following WWII, and a growing number of inexpensive cars flooding the market, people were moving away from two wheels and towards four. Although the BMW R69 enjoyed a highly-respected and admired position in the motorcycling world, it was expensive to buy – and sales were subsequently limited. Just 2,819 BMW R69s were sold during the model’s five-year production period before it was modified, updated, and put back on the market as the BMW R69S.

The German motor manufacturer introduced the BMW R69 in 1955 alongside its R26 and R50 models. The R69 featured the 245/1 chassis with Earles front forks and swinging arm rear suspension that was credited with dramatically improving the bike’s ride and handling, and became a defining characteristic of BMW motorcycles during the following decade. These features – in particular the bike’s sensational new take on suspension – considerably advanced BMW’s market position, which had been established by the earlier R68 model.

Our 1959 BMW R69 was fully restored by a BMW specialist in 2009 – so it is fair to say it was brought back to life by a safe pair of hands, and is a sensational example of one of these fine machines. Our bike features a very rare tachometer and a large-capacity Hoske Rennsport petrol tank complete with striking oversized badges.

Nothing’s as good as seeing the real deal: to admire this beauty up close, and to find out more technical details, make sure you come on in to Classic Motorcycle Mecca – the leading classic motorcycle collection in the Southern Hemisphere.

We’ve done our utmost to ensure details about each bike in our extensive collection are accurate: but if you spot something that’s not quite right, we’d love to hear from you. 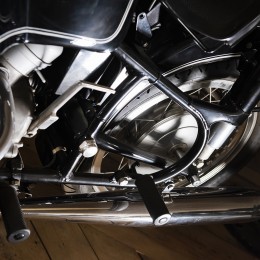 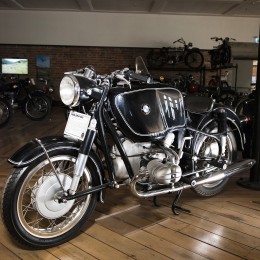 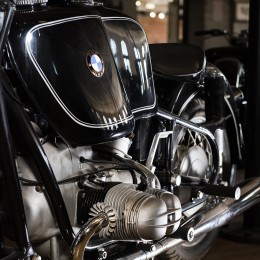 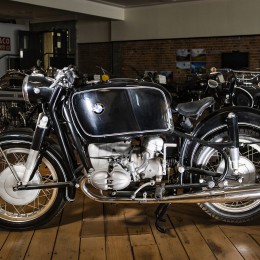 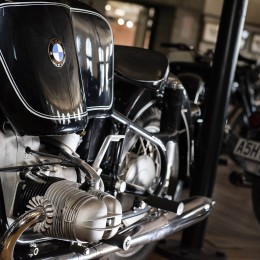