Have you ever read Fear and Loathing in Las Vegas? It was the cult classic’s author, American writer Hunter S. Thompson, who once said of the world’s first superbike, “If you rode the Vincent Black Shadow at top speed for any length of time, you would almost certainly die. That is why there are not many life members of the Vincent Black Shadow Society”.

The British brand was renowned for its bike’s speed, engineering excellence, and innovative design. Perhaps no other bike in its stable of impressive machines so epitomises this reputation as the Black Shadow – without a doubt, Vincent’s marquee machine.

And for good reason. While it may be a bold claim, the Vincent Black Shadow is arguably the world’s first superbike – its sheer speed and brute power making it a top contender for the title.

Let us set the scene of how this incredible motorcycle came to be.

A year or so after the successful launch of the sensational Vincent Series-B Rapide in 1946, Vincent employee and successful British road racer George Brown suggested tuning a Rapide for competition. Founder and owner Phil Vincent was, at the time, recuperating from injuries he had sustained in a crash that had happened while riding a Rapide.

Together, engineer Phil Irving, Brown and his brother, Cliff – despite disapproval and opposition from the company’s managing director, Frank Walker – modified a Rapide, fitting it with larger carburettors, a modified camshaft, and lots of internal polishing. The project grew and it was eventually supported by the company. The first bike, and subsequent George Brown specials, provided race testing that eventually led to the development of what would become the Vincent Black Shadow, with its distinctive baked-on black engine enamel and a staggering top speed of 201kph (125mph). 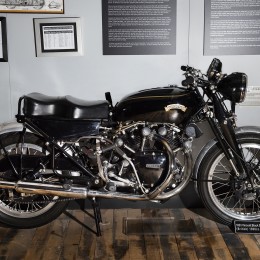 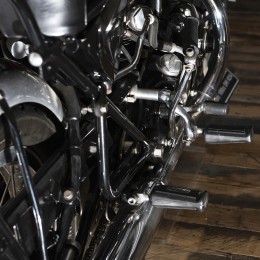 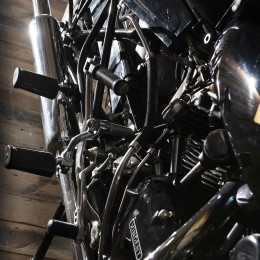 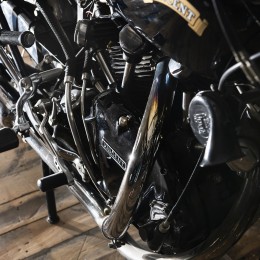 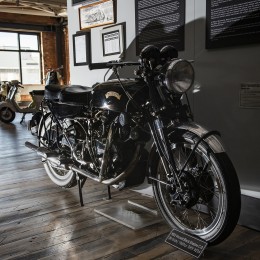 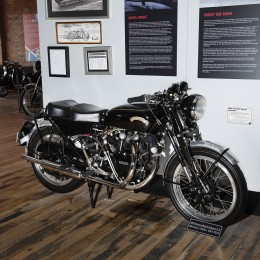 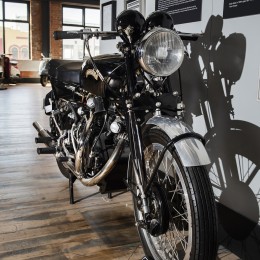 “Petrol heads eat your heart out. What an amazing place. Nothing has been forgotten in the attention to detail. Even the toilets have the motorcycle theme...”