The marquee models built by British motorcycling brand Vincent are, without a doubt, the V-twin Black Shadow and Rapide motorcycles. But dedicated fans of the Herefordshire-based brand know that its single-cylinder machines were the bread and butter of the company – and their success was crucial to the development of other models manufactured by Vincent.

The Vincent brand was officially founded in 1928, after Phil Vincent purchased the rights to the HRD motorcycle brand (itself founded in 1924). Up until that point the bikes had generally been powered by J.A.P. engines. Vincent himself had, in 1927, built a motorcycle of his own design in 1927 and had registered a patent for his cantilever suspension. His first production model, the 350cc Model A, used a J.A.P. engine as did most of his subsequent machines, although some were kitted out with engines from Rudge, Villiers and Blackburn.

It was after Phil Irving, the Australian engineer, returned to Vincent in 1932 after a second spell wih Velocette that the 500cc ‘Meteor’ engine, in three states of tune, was installed in a Vincent frame and subsequently became the Meteor, the Comet Sports and the full race TT Replica. The new Comet became the Vincent Comet Series A, to distinguish it from earlier Vincent machines that had been produced under the Comet name. It was capable of a top speed in excess of 145kph (90mph).

The Meteor and the Comet models that were developed after this time period were both singles boasting a 500cc engine. These bikes were truly revolutionary at the time: they gave commuting riders the chance to buy a premium option, in comparison to the limited field of cheap-and-cheerful commuting bikes available at the time. Subsequently, the duo of Vincent bikes became popular and sales steady.

The bikes that rolled off the production line in 1951 became the Comet Series C, the third refinement of this new-and-improved bike. These motorcycles featured an unusual valve design with double guides and a forked rocker arm: a design chosen to ensure maximum valve lifespan, particularly at high speeds.

The Series-A Comet provided the blueprint for the very first Vincent V-twin, the Series-A Rapide; however, following WWII the V-twins produced by Vincent featured a revised engine and frame and had the rear cylinder removed, providing the basis for the Series-C Comet engine.

Our Series-C Comet was first registered for use in the United Kingdom back in March 1951. 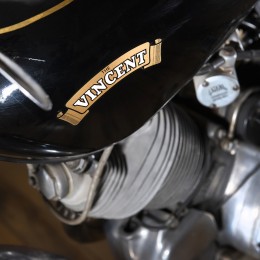 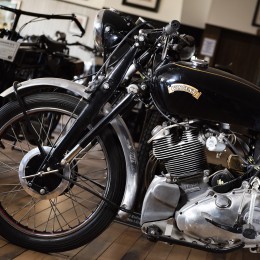 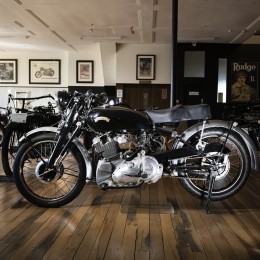 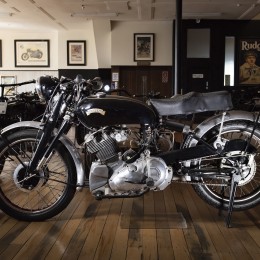 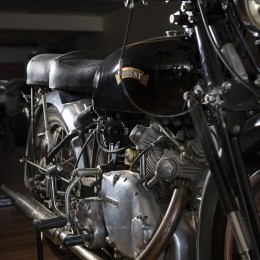 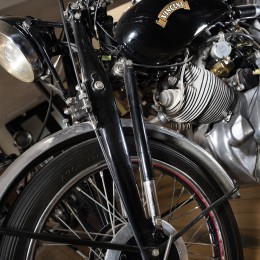 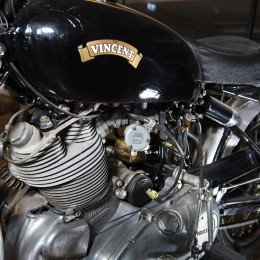 “This place has got to be a national treasure as the motorcycles housed here are rare and in mint condition....anyone would appreciate the beauty and history of these works of art.”