Prior to the outbreak of WWI, British motorcycle manufacturer Triumph had been going from strength to strength.

When war broke out, Triumph switched to military production and more than 30,000 “Trusty Triumph” Model H motorcycles were provided to Allied forces.

Following the end of WWI, Triumph returned to motorcycle production for the masses: with their output including Edward Turner’s revolutionary Triumph Speed Twin. However, this model was only produced for a short period of time in the 1930s before WWII intervened and the Triumph factory once again switched to military production. Following the war, the Triumph Speed Twin reappeared on the market once more.

Many police forces in Britain used the Triumph Speed Twin as they were popular for their speed and flexibility. The Triumph Speed Twin found here at Classic Motorcycle Mecca was also bought new and used for road police work by the New Zealand Transport Department in Hastings, until being sold to a private owner in nearby Napier in the 1960s. It remained in Hawkes Bay for some time, and was given a renovation between 1977 and 1979 before being sold to a local family in 1980 as a surprise 50th birthday gift. The new owner put a mere 300 miles on its odometer between then and 2003, when it was sold to another Napier-based owner. When this bike was purchased by the Nelson motorcycle museum NZ Classic Motorcycles in May 2008, it had travelled just 3,000 miles since its late 1970s makeover. 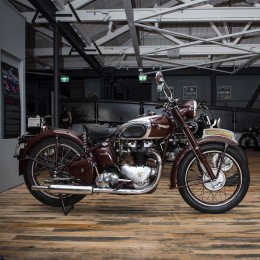 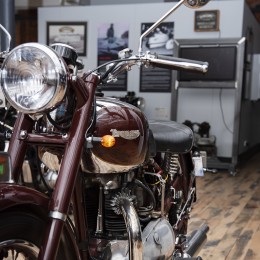 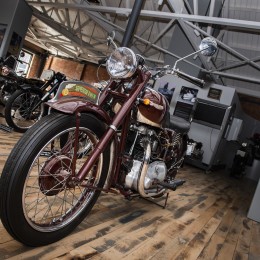 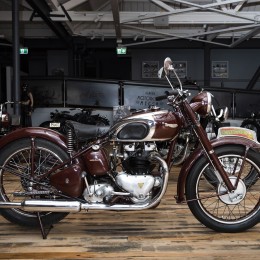 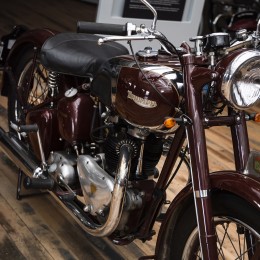