Ariel was one of several British motorcycle manufacturers based in Birmingham, ‘the first manufacturing town in the world’.

(Notable brand names operating out of the West Midlands city, once known as a hub of the Industrial Revolution and the ‘city of a thousand trades’, include BSA, Velocette, and Norton, amongst others.)

Ariel was considered a true innovator in British motorcycling, and designers like Val Page and Edward Turner were hugely influential.

The Square Four is the brainchild of Turner, who designed its engine in 1928. At the time Turner was looking for work and had shown his ideas to a number of motorcycle manufacturers – BSA rejected the idea for the engine, but it was adopted by Ariel, which showed off the very first Ariel Square Four 4F at the Olympia Motorcycle Show in 1930. Square Four motorcycles based on his design rolled off the production lines between 1931 and 1959.

The original 1931 Ariel Square Four was a 498cc model, but its engine was enlarged to 600cc the following year by enlarging the bores by 5mm – this was done to accommodate owners who wished to use sidecars with their motorcycles. In 1939, a pushrod version was launched. Our Ariel Square Four is one of 3,828 produced of that final model. It was acquired from a private owner in Alberta, Canada. 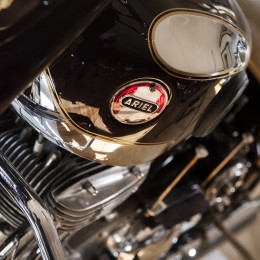 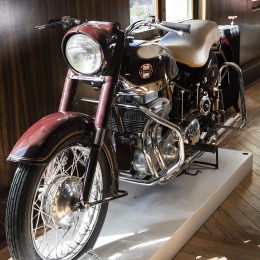 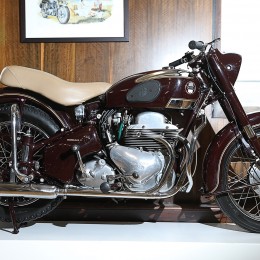 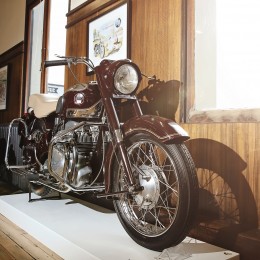 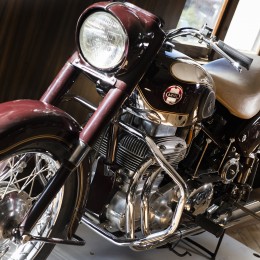 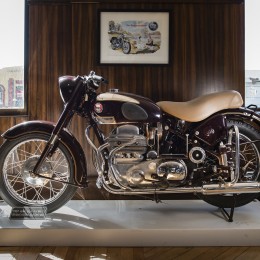 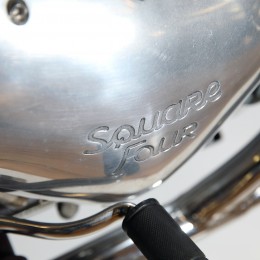 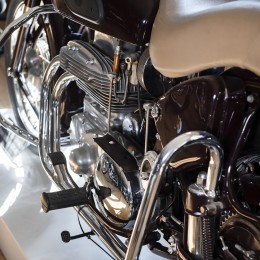