Six wins at the famed motorsport event the Isle of Man is nothing to be sneezed at – but, unless you’re a true blue classic motorcycle fan, chances are the name New Imperial doesn’t ring too many bells.

However, the classic British motorcycle manufacturer is one more than worthy of a mention, and here at Classic Motorcycle Mecca we’re lucky enough to have a 1930 model of their Blue Prince bike within our collection.

The company initially began sometime between 1887 and 1901, founded in Birmingham by a man by the name of Norman Downes: at the time, the brand was dubbed ‘Imperial’. However, it’s early attempts to enter to motorised bicycle market were fairly unsuccessful and it wasn’t until several years later, at the start of a new decade, that the brand found some success under its new moniker, New Imperial.

New Imperial included a handful of innovative design and technical features long before they became common. The company pottered along through WWI, but it wasn’t until 1921 when sales were given an impressive boost. The reason? It was all thanks to the news of a win in the 250cc class of the Isle of Man, with rider Doug Prentice taking the title astride a New Imperial.

At the end of 1930, when the company unveiled its 1931 range, the Blue Prince was introduced as a new model within its 350cc line-up. New Imperial released two Blue Prince Super Sports specifications (the Model B10 and the Deluxe Model F10).

In December of 1930, a Dutch importer put the reliability and performance of the Blue Prince to the test. A staggering distance of 25,000 km (15,535 miles) was covered in just 25 days – three riders and one Blue Prince travelled day and night along the main thoroughfares of the country, encountering rain, fog, snow and ice. However, the trek proved the Blue Prince was a reliable and efficient choice of motorcycle: the only reported failure during the ordeal was a broken speedometer cable, which happened as the journey ticked over 20,000 km. 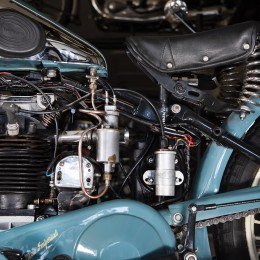 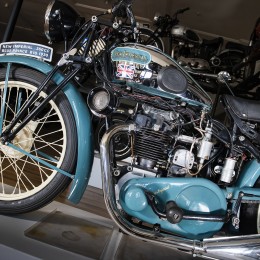 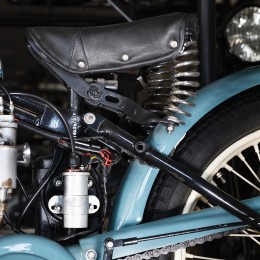 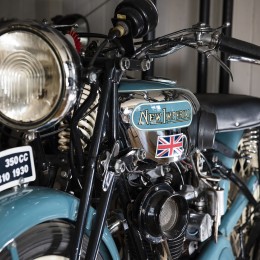 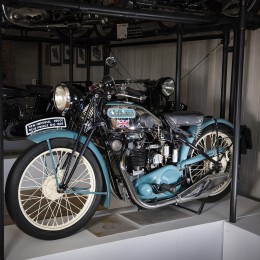