Back in 1950, the launch of the BSA A10 Golden Flash pioneered a wildly successful model range that lasted until 1963. The range, which featured a number of modifications and tweaks during that time, included a series of sports models: the A10 Sports, the Super Flash, the Road Rocket, the Super Rocket, and the Rocket Gold Star.

Meanwhile, well-known Gold Star racer Eddie Dow was himself producing a range of after-market components for the iconic BSA singles. He was asked by a customer to equip a Gold Star frame with an A10 Rocket engine. Dow was quick to recognise the potential of the combination and, in 1960, ordered the necessary components to build more of them. He did this for a full year before the BSA factory, also convinced by the revelation, took the project on board and produced 1,584 examples of the official Rocket Gold Star during 1962 and 1963.

With the Rocket Gold Star-specification engine available in a variety of sports models and the frame used on late-model A10s not too dissimilar, it is relatively straight-forwarded for keen enthusiasts to build a replica of their own. That means, however, that prospective buyers of BSA Rocket Gold Star motorcycles must conduct careful research to ensure they are looking at the real deal. Fortunately, many replicators represent their handiwork honestly and advertise their creations as being, in fact, replicas. Despite being replicas, these bikes are still sought-after and are very desirable acquisitions. 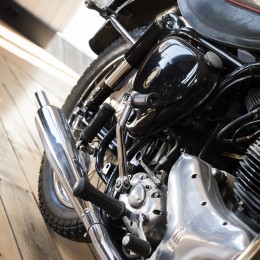 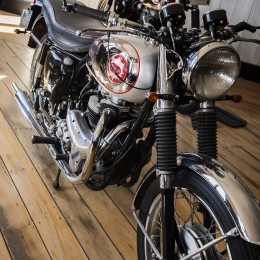 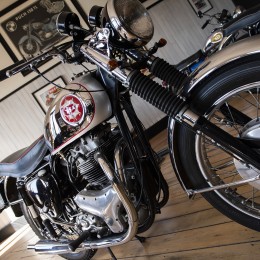 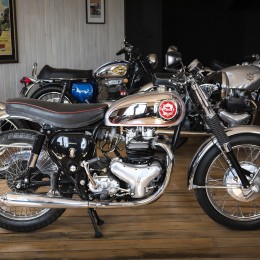 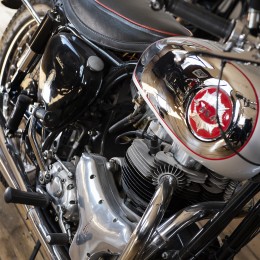 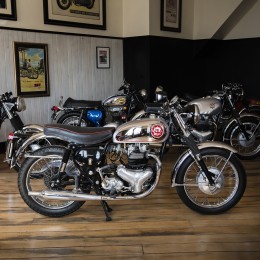