Our 1924 BSA Model L came to New Zealand all the way from Miami. No, not that, Miami – the other one, in Oklahoma.

(What do you mean, you’ve never heard of it?)

But back to the bike.

In 1923, British manufacturer BSA added the Model L to its impressive stable of motorcycles: and the Model L actually turned out to be one its very last flat-tank models. The Model L was also the company’s first motorcycle that featured an optional overhead-valve. The overhead-valve bike otherwise it shared all of its running gear (three-speed, hand-change, constant-mesh gearbox, Amac carburettor and chain final drive) with its side-valve stablemate. Our version is a side-valve model, which – when bought new in the United Kingdom – cost £47/10s.

BSA’s Model L was an immediate success. According to renowned tome Pitman’s Book of the BSA, “to the sporting solo rider who asks for a ‘go anywhere’ mount, its records in the Scottish Six Day Trial and the International trials in Sweden in 1923 stand as a recommendation”.

Despite hailing from the other Miami, records accompanying the 1924 BSA Model L in our collection show it was once registered in Gatley, Greater Manchester. The bike still carries a tax disc from the United Kingdom city, dated 1931, which reportedly cost 8s. 3d. 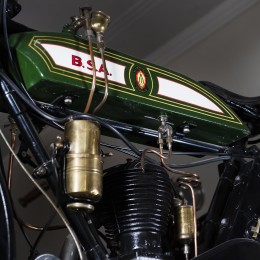 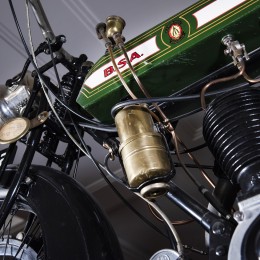 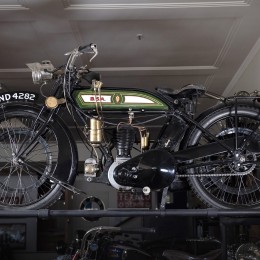 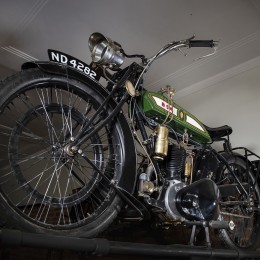