There’s no doubt about it: any duo riding on this 1948 Whizzer Custom Tandem would have attracted plenty of attention, thanks to its distinctive paintwork. This 1948 Whizzer is understood to be a one-off.

Following the soaring popularity of motor scooters during the 1930s, the Los Angeles-based Breene-Taylor Company – which was known for its manufacturing of carburettors and aircraft components – launched a motor drive kit for bicycle application, dubbed the Whizzer Model D. However, the engine manufactured for the D and subsequent E and F Models was seriously flawed, to say the least, and in turn sales were stagnant – up until 1943, sales of all three models totalled fewer than 6000 combined.

Following WWII, when production was freed from military supply and bicycle manufacturers were able to resume manufacturing products of their own choosing, the much-improved Model H motors attracted a significantly larger number of sales: a comparatively huge 139,000.

From 1948 onwards, Whizzer also began to supply motorised bicycles to the market, as well as kits with the Model J. These were developed to include a kick starter, no pedals, and a two-speed bimatic transmission. However, sales steadily declined and the factory was shuttered in 1964.

Reproduction Whizzers were manufactured by a company called Nostalgia Cycles, from 1993 to 1997, although this 1948 number is the real deal. 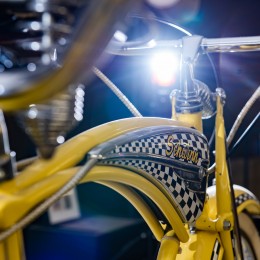 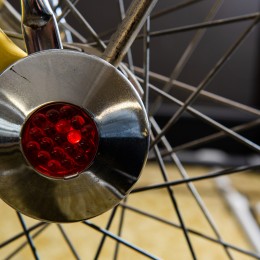 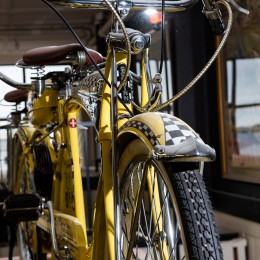 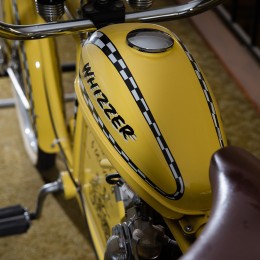 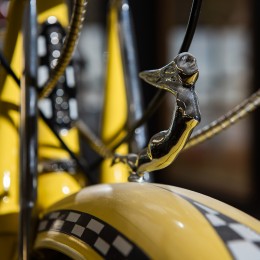 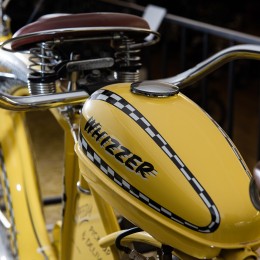 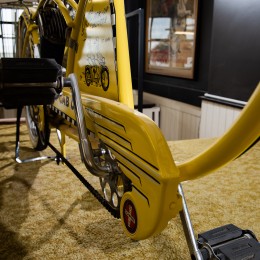