So nice, we had to have it twice.

Visitors to Classic Motorcycle Mecca will discover not one, but two, identical Thor Model U motorcycles hailing from 1916. Each is a sight to behold, with both motorcycles bedecked in the eye-catching azure shade that was factory-standard for the Thor marque.

The Aurora Machine and Tool Company was founded in 1886. At the time, it produced and supplied castings and components for several different bicycle manufacturers, including the Hendee Bicycle Company that later produced the Indian brand. In about 1901, Oscar Hedström – co-founder of the Indian Motorcycle Company – took a prototype to Aurora, and an agreement was struck: Aurora would supply Hendee with engines of Hendee’s design, but it was also free to supply these to other companies and pay Hendee the royalties for doing so, provided it did not compete directly with Hendee itself. In 1903, Aurora produced a catalogue of parts from which a motorcycle could be built – minus the frame – and launched the Thor Moto Cycle and Bicycle Company. The partnership with Hendee came to an end when Hendee established its own in-house foundry. Thor in turn began to offer complete motorcycles, and so the agreement between the two companies not to directly compete with one another was dissolved.

Just a handful of years later, by 1908, Thor offered motorcycles featuring either magneto or coil ignition, and either belt or chain drive. It also, by now, was producing a V-twin engine of its own design. Come 1916, a three-speed gearbox was also on the menu. The company had also continued manufacturing forgings and components for other motorcycle brands, and eventually, its own output of motorcycles declined. By 1920, production of bikes bearing the Thor badge had ended.

(Fun fact: Thor also made washing machines featuring a small internal combustion engine to drive them - after the company ceased motorcycle production, it continued to make appliances for many years.)

Our 1916 Thor Model U motorcycles came to New Zealand in a pair, after being purchased at auction in Las Vegas. 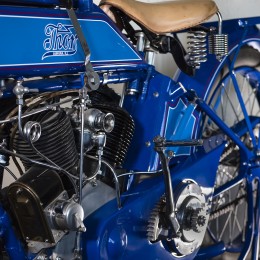 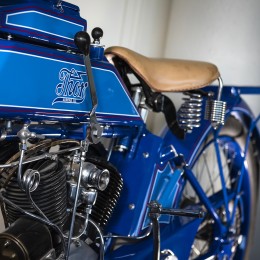 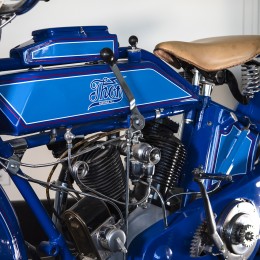 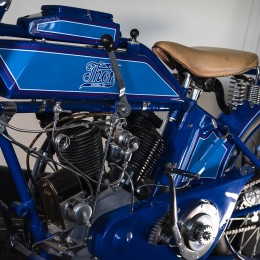 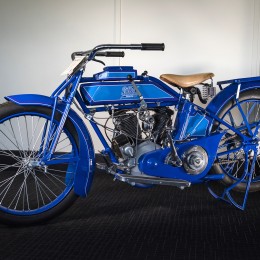 “Invercargill is a bit out of the way for a lot of Kiwi's and visitors alike; however this collection (and Transport World collection) make the extra few kms driving SO worth the effort...”