Sometimes, when magic happens, it’s through sheer luck. Other times, magic happens because of perseverance and a willingness to try and try again until you strike something that works.

You know what they say: if at first you don’t succeed, try and try again – and you just might end up with something as special as this 1912 Flying Merkel.

This particular bike was owned by the legendary casino tycoon, Bill Harrah. Harrah was a casino pioneer in Nevada who built his empire from the ground up, beginning in the last 1930s. This bike was part of his famous collection of vehicles.

In 1902, self-taught engineer Joseph Merkel established a workshop in Milwaukee, Wisconsin. There he produced single-cylinder, belt-driven motorcycles with a sturdy cradle frame, and he dubbed this style of bikes ‘The Merkel’. Three years later, he was entering competitions with racing versions and continued to introduce new technology to his machines, including a rear suspension with a mono-shock. (Hence, his slogan ‘All roads are smooth to The Flying Merkel’). Merkel’s innovative developments were quickly adopted by other manufacturers.

In 1909 Merkel’s company merged with a manufacturing company and moved to Pennsylvania, where it produced motorcycles branded ‘Merkel Light’. Merkel himself continued experimenting with innovations on his bikes, including tinkering with new suspension ideas as well as engine designs. Two years later, a Merkel bike broke a world record on the Vanderbilt course in Savannah, Georgia. That track played a particularly significant role in automobile and motorcycle racing in the early 1900s. That same year, the company was bought out by a Miami-based manufacturer and production moved to – of all places – Ohio. The entire range of motorcycles was subsequently redesigned.

Production of the company’s motorcycles was not long for this world: as mass-produced cars became increasingly cheaper each year, the sales of Merkel motorcycles dwindled. Production had ceased at the turn of the decade. 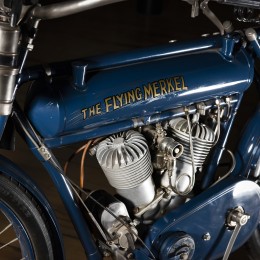 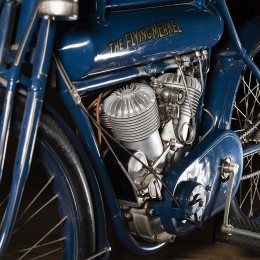 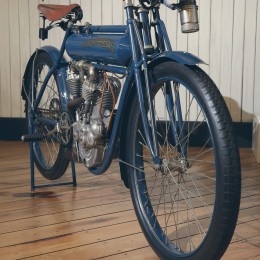 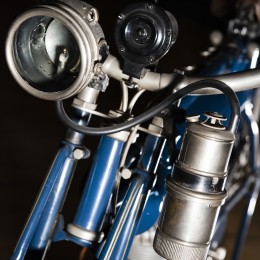 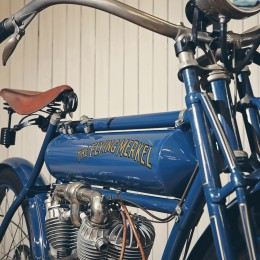 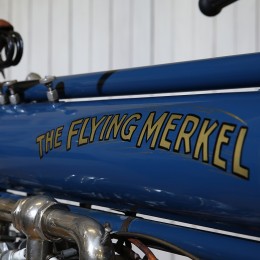 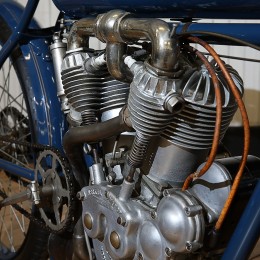 “A wonderful museum with bikes in great condition and of vintages seldom seen all together in one spot. Two floors worth of superbly displayed specimens...”