If you’re an Indian aficionado, and you want to stand out – well, this is the bike for you. Our 1948 Indian Chief Roadmaster is an absolute pearler.

The1948 Indian Chief Roadmaster that calls Classic Motorcycle Mecca home is a superb example of the type of top-of-the-line beauties manufactured by one of the eminent motorcycle brands in the world. We’re lucky to have her.

From 1946 to the first half of 1948, the Chief was the only model on offer from Indian. Following production restrictions implemented during WWII, Indian – like many other manufacturing firms – was struggling. It restarted civilian production of its bikes with what was essentially the pre-war version of the Chief, with only the front forks changed to the girder-spring type used on the military model 841. The tried-and-true 1206cc V-twin gave riders the ability to travel at speeds up to a whopping 137kph.

At this stage, a growing number of British motorcycles were by now starting to arrive in the US market, and Indian management prioritised developing vertical singles and twins over making lots of changes to the Chief – perhaps a case of, “if it ain’t broke, don’t fix it”. The Chief received only minor updates for the next few years – including cosmetic changes such as replacing the Indian head tank emblem with script.

The Roadmaster model was top of the range, featuring more chrome and serious equipment than the Clubman and Sportsman models. These are bikes as beautiful to look at, as they are to ride.

This model was given a complete restoration by Bollenbach Engineering in Illinois in 1991. When it arrived in New Zealand, after being purchased from a private owner based in Monterey, California, it had covered a mere 939 miles (1511 kilometres, for our Kiwi readers) since its restoration. 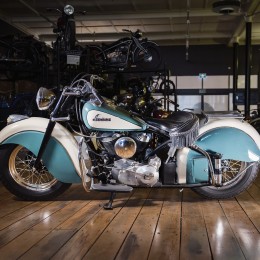 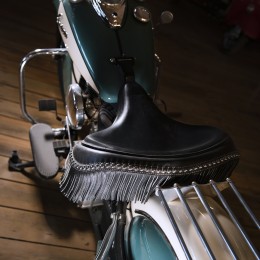 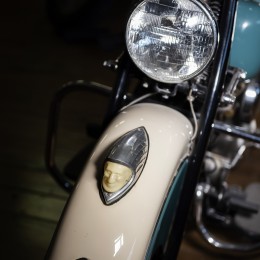 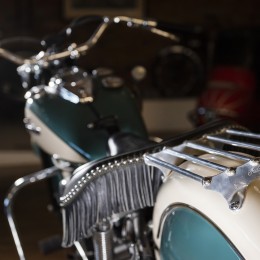 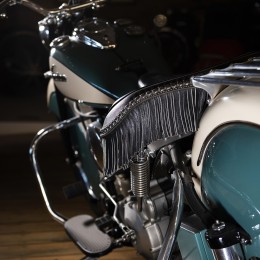 “Amazing place. A motorcyclist dream - 2 hours is not enough. Just cant wait to see what they have in store for the renovations!”